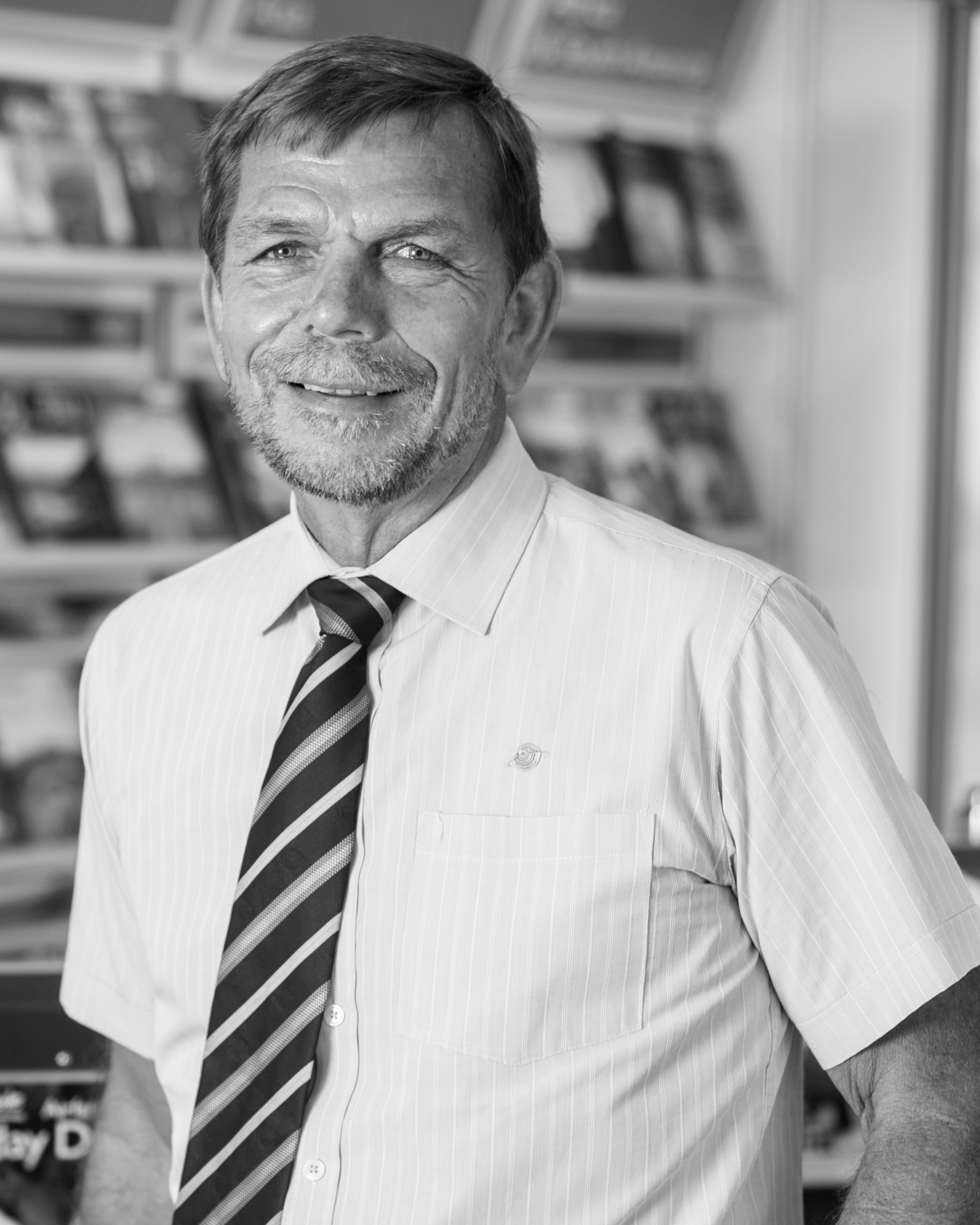 Graham “Skroo” Turner was raised on an apple orchard near the Queensland town of Stanthorpe and later trained as a veterinarian at the University of Queensland.

After graduating from university, he worked as a vet in western Victoria before moving to London. There, Skroo and friend Geoff “Spy” Lomas, both of whom were working as vets, took their first steps into the travel industry in 1973 when they invested the equivalent of $A1300 in an ageing bus and started operating budget double-decker bus trips around Europe, North Africa and Asia.

After an eventful start, that company, Top Deck Travel, grew quickly and its success cemented Skroo’s future in the travel industry. Top Deck Travel had grown into a thriving business with some 80 buses by the early 1980s, when he returned to Australia.

Skroo’s initial involvement with Top Deck ended in the mid 1980s, when he and his colleagues sold the business to management and devoted their full attention to Flight Centre, a business that had less than 30 shops at that time.

As the long serving chief executive officer and managing director of the public company that grew from the small band of Flight Centre shops, Skroo has since presided over a golden era of growth and prosperity for the Flight Centre Travel Group (FLT), while also guiding the business through numerous challenging periods.

These periods have included the Gulf War, September 11, the SARS outbreak, the Global Financial Crisis and COVID-19.

In addition to his involvement with Flight Centre, Skroo and his family own a string of prestigious resort properties in Queensland and New South Wales. The resorts operate under the Spicers brand.

Skroo ran his first marathon in London in 1981 and has completed the race six times, in addition to taking part in other events in Australia and overseas.

He has been a keen supporter of the Australian Bush Heritage Fund and other environmental causes and initiatives.