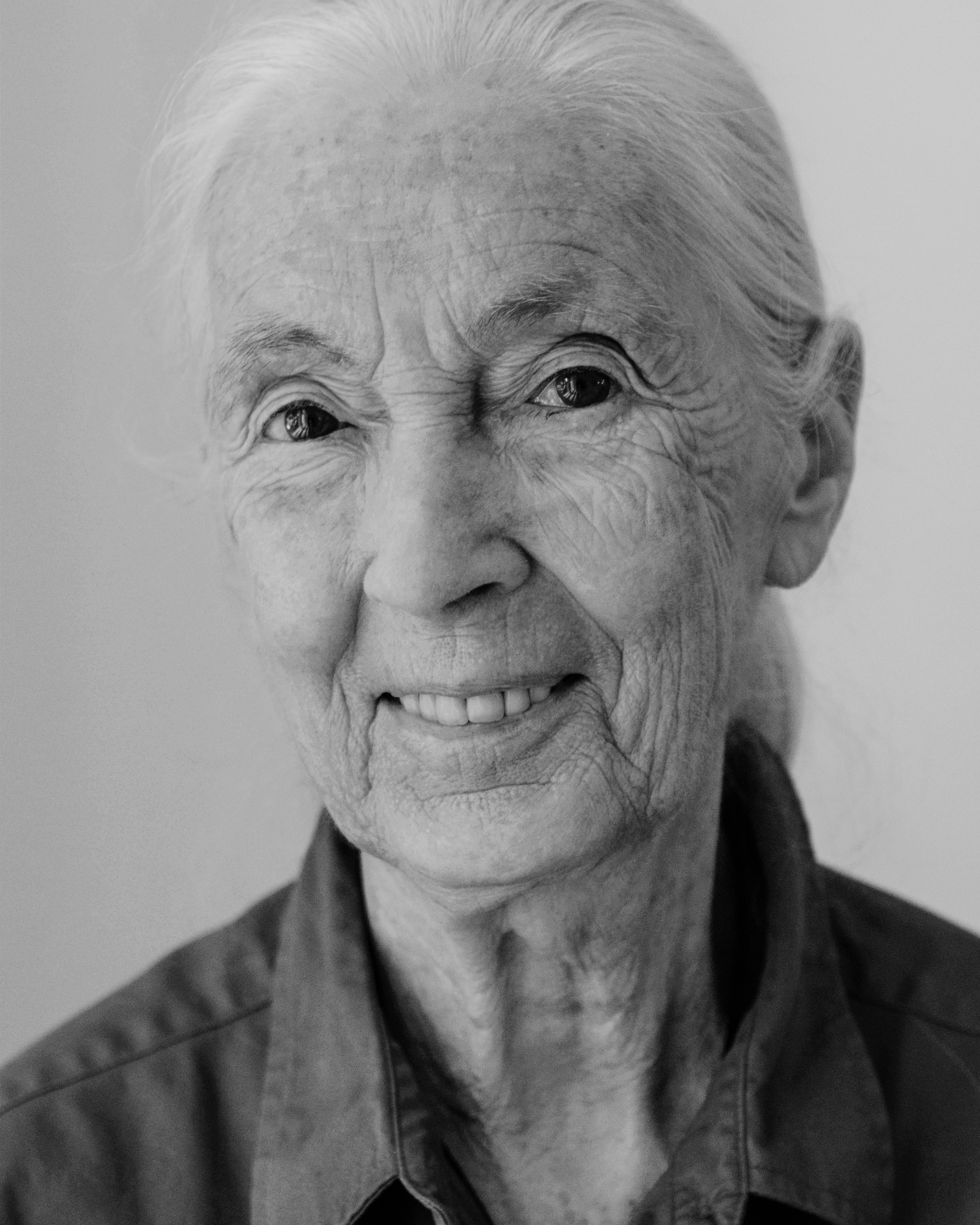 In the summer of 1960, 26-year-old Jane Goodall arrived on the shore of Lake Tanganyika in East Africa to study the area’s wild chimpanzee population. Although at the time it was unheard of for a woman to venture into the African wilderness, Jane persisted as the trip meant the fulfillment of her childhood dream. Jane’s work in Tanzania would prove to be more successful than anyone could have possibly imagined.

In October 1960 Jane observed two chimps, David Graybeard and Goliath, striping leaves off twigs in order to make tools for fishing termites from a nest. This was truly a ground breaking moment for science as until that moment scientists thought that only humans were capable of making and using tools. In fact, humans were known as “man the tool maker”. This discovery lead to one of Jane’s many accolades “the woman who redefined man”.

In 1977, Dr Goodall realised that to best help her beloved chimpanzees, she would have to leave the forest. She founded The Jane Goodall Institute to provide ongoing support for field research on wild chimpanzees and fight to protect the habitat in which they live.

Today, there are JGI chapters in 26 countries around the world all working to support Dr Goodall’s vision and legacy. At JGIA, our purpose is to “inspire actions that connect people with animals and our shared environment”. JGI is widely recognised for establishing innovative community-centered conservation and development programs in Africa and the Roots & Shoots education program in nearly 60 countries.