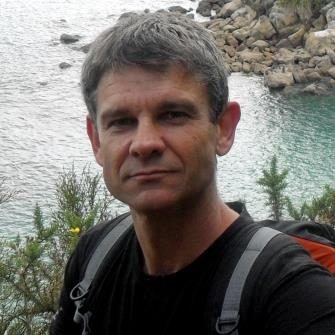 Chris joined TIA as Chief Executive in July 2014. Previously he was a General Manager at Tourism New Zealand, with responsibility for government and stakeholder relations.

Chris began his working life as a radio  journalist. From senior editor roles at Radio New Zealand he moved to Parliament, which included working for the Minister of Tourism. Chris was involved in the development of the New Zealand Tourism Strategy 2010, the first attempt to have a collaborative industry strategy.

His time in the Beehive was followed by a decade of senior corporate affairs roles in the energy sector before returning to tourism.

Chris is married with two energetic boys. The family loves to travel and has visited most – but not yet all – of New Zealand. An avid sports fan, Chris still plays “old man’s” rugby and will have a go at anything involving a ball or racquet.